This fall the Court will hear oral arguments in a dispute that began as a battle over a playground – or, to be precise, the surfaces of the playground at the daycare and preschool operated by a Missouri church.  The church argues that its exclusion from a state program that provides grants to help non-profits buy rubber playground surfaces violates the Constitution, because it discriminates against religious institutions.  The state counters that there is no constitutional violation, because the church can still worship or run its daycare as it sees fit – the state just isn’t going to pay to resurface the playground.  The two sides (and their supporters) do agree on one thing, however:  the stakes in the case could be far bigger than playground surfaces. 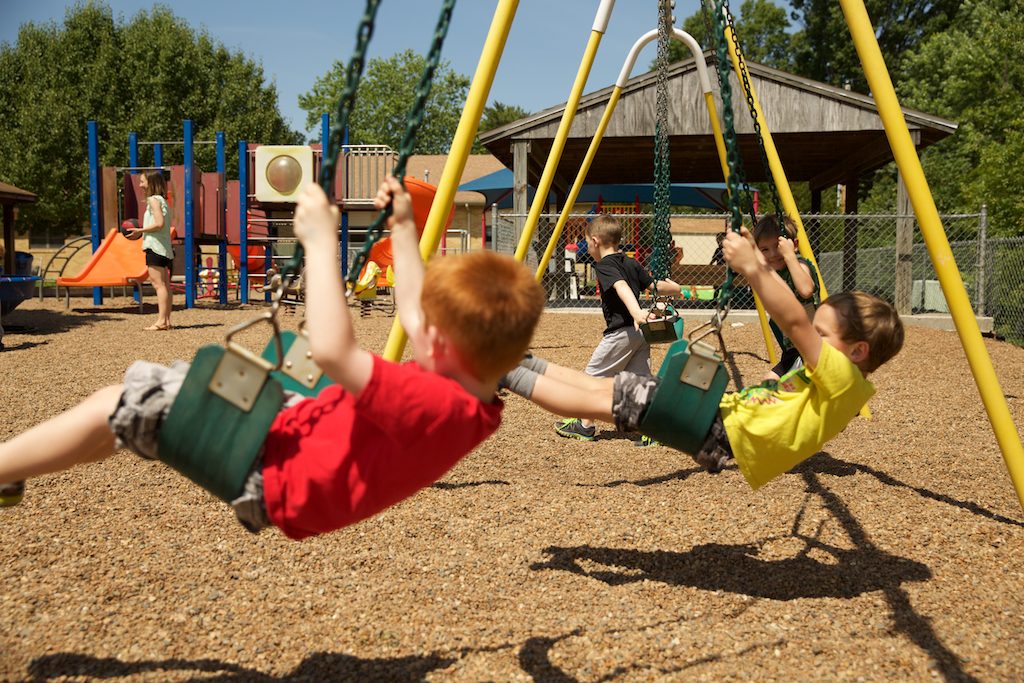 The dispute dates back to 2012, when Trinity Lutheran Church applied for a state program that reimburses non-profits for the purchase and installation of rubber playground surfaces made from recycled tires.  The program, which is funded through a fee on the sales of new tires, is intended to reduce the number of used tires in the state’s landfills while at the same time providing a safe place for children to play.  The church hoped to use the funds to replace its existing playground, which uses pea gravel – which it describes as “unforgiving” and having “hard, jagged edges” – and grass.

Missouri’s Department of Natural Resources, which administers the playground program, ranked Trinity Lutheran’s application fifth out of the forty-four that were submitted.  And although the department awarded fourteen grants, it denied Trinity Lutheran’s application, citing a provision of the state constitution which prohibits money from the state treasury from going “directly or indirectly, in aid of any church, sect, or denomination of religion.”

Trinity Lutheran went to federal district court, arguing (among other things) that the state’s refusal to provide funds for its playground violated two different provisions of the U.S. Constitution:  the First Amendment’s Free Exercise Clause, which bars governments from making laws or enacting policies “prohibiting the free exercise” of religion; and the Fourteenth Amendment’s Equal Protection Clause, which requires a state to apply its laws equally and avoid treating individuals or groups of people in similar circumstances differently.  Both the federal district court and a federal appeals court ruled for the state, but in January of this year the Supreme Court agreed to weigh in.

For Trinity Lutheran, the case boils down to this:  Missouri’s desire to avoid endorsing or supporting religion must yield to its citizens’ right, guaranteed by the U.S. Constitution, to freely exercise their religion and be treated just like other citizens.  Here, the carve-out from the playground program is neither “neutral” or “generally applicable,” because it applies only to daycares and preschools run by religious institutions.  As such, it must satisfy the most stringent test used to determine whether a law or program violates the Constitution, known as “strict scrutiny” – which requires that the law or program further a “compelling” government interest, using the least restrictive means available to do so.

The playground program, the church contends, fails the strict scrutiny test because “there cannot be a compelling interest in the separation of church and state if there is no possibility of a breach by treating religious citizens the same as everyone else.”  Neither the criteria used to determine which schools receive the grants nor the grants themselves have anything to do with religion, the church emphasizes.  But even if the state were concerned that the funds might somehow be used for religious purposes, it adds, that can’t happen because the state also imposes “strict record-keeping and reporting requirements” to prevent the funds from somehow being diverted.

Missouri counters that the playground program does not preclude the church “from fully and freely engaging in religious exercise.”  And it does not violate the Constitution, the state adds, if the state opts not to pay for the exercise of that right.  The state points to the text of the Free Exercise Clause, stressing that it merely bars the government from making laws that “prohibit” the free exercise of religion; it is not enough that the government’s action “frustrates or inhibits religious practice.”

The state rejects the church’s contention that the playground program should be subject to strict scrutiny.  It notes that the program is one of limited availability, and certainly not a “generally available public benefit”:  over two-thirds of the applicants were rejected.  Moreover, it argues, strict scrutiny only applies when a government policy treats otherwise similarly situated groups differently based on a “suspect classification” such as race or country of origin.  When it comes to religion, the state explains, the Supreme Court has found “suspect classifications” only when laws or programs distinguish among, or give preference to, particular religious denominations.  But here the playground program treats all religions the same.

Instead, the state argues that the playground program should be reviewed under the less demanding “rational basis” test, which simply requires courts to determine whether it is rationally related to a legitimate government interest.  It easily passes that test, the state suggests, because it helps to avoid competition among various religions for public funding (which the state characterizes as “the problem of funding Catholics but not Lutherans, or Methodists but not Muslims”) and it ensures that state taxpayers are not forced to support groups or views to which they object.  And although the church cites the paperwork involved in the playground program as a positive, suggesting that it guarantees that state funds are actually spent on the playground and not for some religious purpose, the state contends that such paperwork would represent exactly the kind of “intrusive regulation” of religion that it is hoping to avert.

The lower courts were also wrong, Trinity Lutheran contends, to the extent that they relied on the Supreme Court’s 2004 decision in Locke v. Davey, upholding a Washington State scholarship program that excluded students who were pursuing a degree in devotional theology.  That case, the church argues, reflected “a unique historical concern – state funding for the religious training of clergy.”  And the Justices’ primary concern, it adds, was “what the scholarship funds were going for – the devotional training of clergy”– rather than “the identity of those who were using the money.”  But Missouri disagrees with that effort to distinguish Locke.  In both Locke and this case, it counters, the focus is on the class of applicants for funding – “here, applicants who choose to operate as a church; in Locke, students who choose to pursue theology degrees.”

Supporters on both sides of the case predict that dire consequences will flow from a ruling for the other side.  “Friends of the court” briefs backing the church argue that, if the lower court’s ruling and the program are upheld, everything from school vouchers and fire and safety protection for private religious schools to social services – such as battered women’s shelters and soup kitchens – provided by faith-based organizations that receive public funds could be in jeopardy.  On the other side, the state’s supporters contend that a ruling for the church would effectively bar the government from treating churches differently – “an approach that among other things would invalidate provisions in thirty-nine state constitutions” – and could result in taxpayer funds going to groups that discriminate based on sexual orientation or religion.

The Court granted review in this case on January 15, approximately one month before the death of Justice Antonin Scalia.  Although oral argument has not yet been scheduled, it will probably take place during the Court’s November sitting (which begins on October 31) – making it very possible that only eight Justices will hear the case.  The Justices are often deeply divided on issues relating to religion, so it might be difficult for one side or the other to garner five of the eight votes for a ruling on the merits.  If so, the Justices would then face another difficult decision:  whether to wait for a ninth Justice or go ahead and act on the case (as they did last Term) by issuing either a narrow ruling or a summary order that affirms the Eighth Circuit’s decision, without setting a nationwide precedent.