Cuozzo Speed Technologies v. Lee is one of those cases that makes you wonder how Congress possibly could have done such a bad job in drafting such an important piece of legislation. Businesses, policymakers, academics, legislators, and jurists. All have complained for decades that the patent system is broken. That litigation about validity of patents is unconscionably expensive and as predictable as a stroke of lightning. That the patents brought under the scrutiny of litigation are so frequently ridiculous as to make the system for issuing those patents an embarrassment. That something must be done. 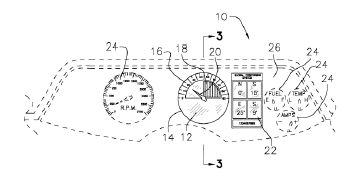 Finally driven to respond in the 2011 Leahy-Smith America Invents Act (AIA), Congress adopted a new procedure for dealing with dubious patents, “inter partes review.” A business that observes the issuance of a threatening patent is no longer placed in the unpalatable position of watching and waiting to see what the patentholder will do. The pre-AIA regime left the patentholder a variety of options likely to frustrate its competitors: it could wait for competitors to develop products that use the patented invention; when it decided to litigate, it could select a patent-friendly venue (like the Eastern District of Texas); and when the litigation proceeded, it would take years, if not decades, to resolve.

But now, as soon as the patent issues, competitors can go straight to the Patent and Trademark Office (the PTO) and challenge the patent immediately. Most importantly, this allows competitors who believe that existing technology makes the patent invalid to get the relevant prior art immediately in the hands of the PTO’s examiners. The patentholder gets a chance to respond, and then the Patent Trial and Appeal Board (the PTAB) rules on the challenge.

All of that sounds good enough, but what Congress did not tell us is what standard the PTAB should apply in deciding whether to invalidate a patent. When competitors challenge a patent in conventional patent litigation – in a federal district court – the patent enjoys a presumption of validity, and courts interpret the claims of the patent according to their ordinary meaning. Generally speaking, they endeavor to read the claims the way that a “person having ordinary skill in the art” (a PHOSITA) would read them, and then consider whether the claims differ adequately from preexisting inventions. By contrast, when the PTO considers whether to issue a patent, it gives the claims their “broadest reasonable interpretation” (the so-called “BRI” standard), permitting the applicant to amend the patent application if that broad reading of the claims would make the claims overlap with preexisting inventions.

In due course, the PTAB adopted the BRI standard for inter partes review proceedings, which it has applied rigorously. To date eighty-seven percent of final proceedings and twenty-six percent of initial petitions have invalidated at least some of the claims in issue. Companies that are frequent targets of patent litigation could not be happier with the situation; companies that hold large patent portfolios are outraged at the destabilization of their holdings. This case is the first case to make it through the appellate process. A sharply divided Federal Circuit approved the PTAB process, with five of the eleven judges dissenting from denial of rehearing en banc.

What is most astonishing about the case is Congress’s utter failure to consider the problem. Both sides argue vehemently that the AIA, its legislative history, and its purposes compel their respective readings of the statute. And we can expect that the Supreme Court will issue an opinion in June that announces that the “plain” meaning of the statute either compels or refutes the reading that the PTAB has adopted. But to my taste, nothing in the briefs sheds any clear light on the problem. The statute says only that “the petitioner shall have the burden of proving a proposition of unpatentability by a preponderance of the evidence.” It says nothing at all about standards for reading the claims.

To be sure, to the outsider the difference between “ordinary” and “broadest reasonable” readings of patent claims might seem inconsequential. After all, the claims written with specificity will demarcate their coverage pretty plainly no matter what standard we apply. And there is some truth to that; as some of the amici point out, a more rigorous requirement of “definiteness” in claim drafting would limit the importance of this question. But in practice all seem to take for granted that application of the BRI standard gives the competitor a categorically easier task in demonstrating that a challenged claim is invalid.

At bottom, the question boils down to a question of analogy: should we think of inter partes review as a substitute for litigation – and use standards similar to those we use in litigation – or should we think of it as an extension of the examination process – and use standards similar to those we use in the examination process? Because inter partes review occurs after the patent has been issued, and leads to invalidation of the patent if successful, it looks a lot like conventional patent litigation, which suggests that the (patent-friendly) “ordinary” reading standard should apply in inter partes review. At the same time, because inter partes review typically occurs shortly after the patent’s issuance and is conducted inside the PTO, it looks a lot like an extension of the ordinary examination process, which suggests that the (patent-hostile) “BRI” standard should apply.

Even a brief description of the problem requires me to add one more facet: the ability to amend. When the patent examiner, considering a patent application under a BRI standard, comes up with a broad reading of a claim that makes the claim overlap with prior inventions, the applicant can respond by simply amending the claim to avoid the overlap. By contrast, if a district court identifies a claim that overlaps with prior art in an already-issued patent, the court invalidates the claim; the applicant has no opportunity to amend or limit the claim to preserve any legitimate scope of coverage. What that means, as IBM explains in detail in a brief it files in support of neither party, is that the BRI standard really makes sense only in an environment in which amendments are permitted. That provides little guidance on how to resolve this case, though. The statute on its face states that the PTAB can permit amendments, but all agree that in practice the PTAB has permitted amendments only rarely. Thus, as the system works on the ground, the environment is nothing like the milieu permitting routine and repeated amendments in which the patent examiners traditionally have applied the BRI standard. But it’s not obvious that the Court (as opposed to Congress) can do much about making amendments more readily available, so that point doesn’t in any direct way make it any easier for the Court to solve the case before it.

It is no accident that this case has been closely watched for years, with observers predicting that the Court would review the case even before the en banc process began at the Federal Circuit. If the Court comes down firmly one way or the other, the case has the potential to be a landmark, setting the practical boundaries of patent validity for decades to come. That is especially true if the opinion justifies its conclusion with a sufficiently compelling vision of the patent system to deter congressional amendment of the scheme. That prospect seems exciting, but with an eight-member bench it is probably more reasonable to expect a small and incrementally responsive decision rather than anything designed to mark a firm path for the years ahead. Still, the prospect for an important decision should make the nation’s patent bar attentive as counsel spar before the Justices next week.

[Disclosure: Goldstein & Russell, P.C., whose attorneys contribute to this blog in various capacities, is among the counsel on an amicus brief by Intellectual Ventures Management, LLC., in support of the petitioners in this case. However, the author of this post is not affiliated with the firm.]