Argument preview: Another arcane case in which Justice Scalia will be missed

Whether a prior conviction for a “reckless” domestic assault qualifies as a federal “misdemeanor crime of domestic violence” is, for defendants in the thirty-four states that have reckless assault statutes, not an unimportant question. Such a conviction leads to a ban on firearms possession under federal law and raises the possibility of a ten-year sentence for those who violate that prohibition. But the convoluted path through statutory and common-law precedents required to answer the question is somewhat of a snoozer.

Meanwhile, last Term Justice Antonin Scalia wrote for the Court in Johnson v. United States that a similar, but not entirely identical, prior-conviction statute was void for vagueness because it yielded no certainty regarding which particular prior state convictions should count federally. In that same decision, Justice Samuel Alito responded (in dissent) that the Court’s entire “categorical” approach to interpreting such statutes should be questioned; perhaps a “conduct specific” inquiry into the particular facts of a prior conviction should instead control. One can expect Justice Alito to raise that question again at next Monday’s argument in Voisine v. United States. And perhaps Justice Scalia’s views on constitutional vagueness would also have been voiced. But instead, Justice Scalia’s witty and, dare I say it, sometimes sarcastic tone, as well as his ability to pierce even the most complicated statutory interpretation questions, will silently echo around the Courtroom. Others may try, but there is no Justice who can rescue this case from obscurity with a laugh as Justice Scalia surely would have. 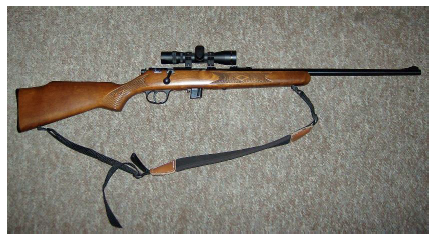 The facts of these consolidated cases

Let’s start with the undisputed facts. The cases of Stephen Voisine and William Armstrong have been consolidated for this argument, but are otherwise unrelated. Both men pled guilty, on different occasions, in Maine’s state courts to different misdemeanor assaults on their domestic partners (girlfriend and wife, respectively). Some years later, they were each found in possession of a firearm – six guns in Armstrong’s case, during a search of his home for drug distribution; and a rifle in Voisine’s case after he shot a bald eagle.

Charged with the federal offense of “domestic abuser in possession” (my words, not the statute’s), both men lost motions to dismiss the charges, based on the same argument: that their prior assault convictions did not meet the definition of “misdemeanor crime of domestic violence” because the applicable Maine statute broadly permits a conviction for “intentional, knowing, or reckless” assaults and their indictments did not specify which type of intent they actually had. Both men then pled guilty conditionally (meaning that they preserved their legal argument for appeal) to the federal charge of possessing a firearm after their prior domestic violence convictions. The First Circuit affirmed.

The U.S. Supreme Court has twice reserved (in Leocal v. Ashcroft and United States v. Castleman) the question “whether a reckless application of force could constitute a ‘use’ of force” under federal statutes that incorporate prior state convictions. So these cases were ready-made for the defendants’ joint petition for certiorari.

The long and winding road to the legal arguments here

Why has the Court reserved the question of whether a “reckless” assault qualifies? Because it is an interesting metaphysical question whether one can use force “recklessly,” that is, not caring as opposed to intentionally; and because our conceptions of criminal mens rea (that is, the required mental state) shifted pretty dramatically from the common-law era to the late twentieth century. Playing with such questions can be fun in a first-year law school class, and go to the heart of inquiring about the purposes of criminal law. But one wonders how they will play in a faster-paced and time-constrained multiple-Justice Supreme Court argument.

The problem is that the analytical path to the question is, itself, an obscure and winding one through federal statutes, state statutes, and precedents at both levels. Frankly, if it were not true that (as the Solicitor General’s brief demonstrates) “thirty-four states and the District of Columbia,” as well as some federal laws and tribal laws, include “reckless” causation in their misdemeanor assault statutes, few would care. However, because Congress plainly intended to prohibit the many domestic abusers who are convicted “routinely” under “generally applicable assault and battery laws” (Castleman) from owning firearms, and the courts of appeals have disagreed (the majority siding against the First Circuit), the question is in need of national reconciliation.

Federal law makes it a crime in 18 U.S.C. § 922(g), punishable by up to ten years imprisonment, for a convicted felon to possess a firearm. In 1996, Congress amended the prior-conviction trigger for Section 922(g) to also extend to persons “convicted in any court of a misdemeanor crime of domestic violence.” Thus state-law misdemeanor convictions for domestic violence now trigger the firearms prohibition that can lead to federal imprisonment if you are later found to knowingly possess a gun. And many states use their general assault and battery misdemeanor statutes to address cases of domestic abuse – indeed, that is why the 1996 federal amendment was enacted.

In a different section, federal law goes on to define “misdemeanor crime of domestic violence” to mean a crime (if committed on a domestic partner) that “has, as an element, the use or attempted use of physical force.” And to add another layer, the Court has previously ruled in Castleman and United States v. Hayes that “the common-law meaning” of assault and battery should be used to determine the boundaries of the federal statutory phrases. So detailed inquiry into common law seems to be required – an arduous task given the numerosity of precedental cases.

But we’re not done. Maine’s general assault statute, which is used specifically to address domestic assaults as well as others, provides that a defendant can be found guilty if he “intentionally, knowingly, or recklessly causes bodily injury or offensive physical contact” to another person. Thus non-injurious but “offensive” contact is required. And then, Maine’s own Supreme Judicial Court has defined “offensive physical contact” to require “intentional contact” which “a reasonable person would find offensive.” How, precisely, one can “recklessly” commit this type of intentional contact, is a mystery that I would love to hear Justice Scalia explore.

But we are still not done. The U.S. Supreme Court has also decided (because the statute uses the phrase “has as an element”) that a “modified categorical approach” must be used to decide whether a particular prior conviction fits the statutory definition of a “misdemeanor crime of domestic violence,” including the “use or attempted use of physical force.” This requires a court to determine whether a conviction under the applicable state’s law “necessarily” (meaning always) meets whatever the federal statutory definition is. Under this doctrine, the Court has ruled that a later federal court can also look to the charging document (hence a “modified” categorical approach) to which a defendant pled guilty, to see if it provides any more detail about the defendant’s crime. But, under this categorical approach, the federal court cannot examine the specific conduct that the defendant was actually alleged to have engaged in. Thus a defendant who actually committed an intentional domestic assault could be excluded from the reach of the federal statute if his conviction statute also permits reckless convictions and the federal statute is found not to reach such cases.

The parties’ arguments (sparing you most)

Voisine and Armstrong’s argument boils down, then, to an assertion that the common law of battery did not recognize the concept of a “reckless” use of physical force – and if there is ambiguity about this, then the doctrines of “lenity” and “constitutional doubt” require the Court to interpret the federal statute as not including “reckless” domestic assault convictions. Because the Maine statute allows such “reckless” convictions as a possibility, and because the categorical approach says the Court cannot look at the actual facts of Voisine’s or Armstrong’s convictions, they argue that their prior convictions can’t be used. Thus, they say, their federal “domestic abuser in possession” charges should be dismissed.

In response to the defendants’ detailed mining of history and common-law cases, the federal government offers equally mind-numbing details for why the common law did permit convictions for reckless batteries, and also argues that a person can still “use physical force” while being “reckless” about the battery.

The government also argues that the purpose of the 1996 domestic-abuse amendment was to broadly reach convicted domestic abusers, and because so many jurisdictions use general statutes that permit “reckless” assault convictions, excluding such statutes from the reach of Section 922(g) would greatly frustrate congressional purpose. In this regard, argues the government, the federal domestic violence statute is different from other federal “crime of violence” provisions.

Voisine and Armstrong respond that legislative “purpose” is irrelevant. Although that argument is an over-reading of the doctrine of ambiguity called “rule of lenity,” it will be too bad not to hear what Justice Scalia might think of it. (And I would note here the interesting question of what happens, internally at the Court, to any “bench memos” or opinion drafts that were already prepared within Justice Scalia’s chambers, now that the Justice himself is gone. Perhaps another Justice will read such documents and attempt to give voice to what the Justice might have asked?)

Finally, Voisine and Armstrong argue that state prosecutors can avoid the effect of any ruling by simply specifying intentional conduct in their charges. The government points out that this is unrealistic, not required under long-standing prosecutorial procedures, and in fact demonstrates that reckless battery convictions have long been permitted under the common law without question.

There is much more detail in the over one hundred pages of briefs filed by the parties in this case, as well as the eight amicus briefs (all but one of which are in support of the government). But, as Professor Akhil Amar once famously wrote, “I am a lover of mercy.” As a Supreme Court wonk, I personally find all their oral arguments interesting. Even obscure cases can provide useful insights into the Justices and the practices of the Court. But this one will likely require the committed attention of a truly dedicated fan.