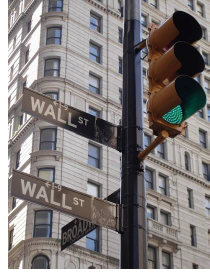 The stakes are high as the Court’s December argument session brings yet another securities case. In an unusual twist, though, Merrill Lynch, Pierce, Fenner, & Smith, Inc. v. Manning is neither a class action nor a federal case (at least initially). Rather, Greg Manning and the other respondents, disappointed by an unsuccessful investment, sued petitioner Merrill Lynch in state court, stating claims created by state law. So you might ask yourself how such a case can get to the Supreme Court? The answer is easy to understand: Merrill Lynch removed the case to federal court, contending either that the case “arises under” federal law (and thus falls within the general federal-question jurisdiction) or comes under the exclusive federal jurisdiction granted by the Securities Exchange Act. The case is before the Supreme Court to consider the exclusive jurisdiction argument, which the Third Circuit rejected.

Doctrinally, the case presents a straightforward question of statutory interpretation. In relevant part, Section 27 of the Exchange Act grants “exclusive jurisdiction of violations of [the Exchange Act] . . . and of all suits . . . brought to enforce any liability or duty created by [the Act].” As a matter of text, Manning’s argument is a simple one. First, none of the causes of action that Manning presents seeks to enforce any liability or duty created by the Act, because they are causes of action created by New Jersey law, providing recoveries specified by New Jersey law, as a remedy for malfeasance defined by New Jersey law. Second, although Manning’s complaint does allege that Merrill Lynch violated regulations promulgated under the Exchange Act, the success of the causes of action does not depend on the accuracy of that allegation; Manning’s case can stand or fall without regard to any proof that Merrill Lynch did, or did not, violate the federal regulations.

To my mind, Merrill Lynch has a much harder time with the text, and thus necessarily relies much more heavily on rhetoric and federal securities policy. One major strand of Merrill Lynch’s argument is that the specifics of the complaint are nothing but “artful pleading,” fanciful sophistry designed to obscure the indisputable truth that this is a case claiming that Merrill Lynch engaged in a specific practice that is illegal because the SEC has promulgated a regulation that says it is illegal. The reason for the “exclusive” jurisdiction obviously is that Congress was deeply concerned about uniform application of the securities laws in a national (if not international) market. It is plain that Manning has drafted the complaint solely because he does not like his chances pressing the short-selling allegations in a federal court. A fine amicus brief from the Securities Industry and Financial Markets Association emphasizes that validation of that technique offers plaintiffs’ attorneys a roadmap for shifting securities litigation to the state courts specifically in the cases that are most clearly meritless.

Although Merrill Lynch’s plea for uniformity of securities law is powerful, three problems deeply afflict its presentation. The first is the unfortunate historical truth of the blue-sky laws, state laws regulating the sale of securities that have been in force from the date of the Securities Act to the present day. However sensible a unitary securities regime might be, Congress has never had the will to enact one. The second problem flows directly from the state-law causes of action in Manning’s complaint; because the allegations do not depend on any determination of federal law, it is most unlikely that state-court adjudication would produce any important interpretations of federal law that might introduce uncertainty into the federal regime.

Those two problems strike me as telling, but the third apparent problem seems to me almost devastating: the absence of the Solicitor General. The government has a powerful interest in securities cases. For all of the reasons that unitary regulation of the national market is important, the SEC’s interest in a broad reach of its power is paramount. Against that perspective, the Solicitor General’s decision not to appear in support of Merrill Lynch suggests that the SEC is untroubled by state-court adjudication of cases like this. If the SEC is unimpressed by Merrill Lynch’s concerns, it is hard to believe that the Court will find them compelling. And if it doesn’t find them compelling, but turns back to the text of the statute, it might be a pretty straightforward victory for Manning. It will be interesting to see what the Justices think of this when the argument comes around next week.