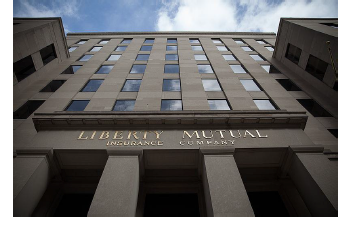 Gobeille v. Liberty Mutual Insurance Company will never get the press scrutiny of King v. Burwell, but at heart it considers much the same policy question: to what extent does federal law facilitate the centralized management of health care? To be sure, the precise issue in the case is quite distinct from the weighty questions the Court considered in King. The question here is whether the Employee Retirement Income Security Act of 1973 (ERISA) preempts state statutes that provide for “all payer” health care databases – designed to provide comprehensive state-level information about the distribution of health care services provided in the state and the costs of providing them.

The statute at issue here authorizes Vermont’s database, but there is nothing unusual about Vermont’s program; more than a dozen states manage similar databases. The statute obligates all providers of health care in the state to provide detailed data about their services – what services they provide, how much they cost, where they are provided, and the like. The detailed data helps Vermont to understand a variety of things of import in managing health-care expenditures: variations in cost by location and over time, variations in the use and effectiveness of procedures, variations in the choices between pharmaceuticals and more intrusive interventions and the like.

The case comes to the Supreme Court because ERISA plans provide some, though obviously not all, health care in Vermont. Because Vermont’s statute requires those plans to provide data, it imposes a burden on them that they otherwise would not have, which comes in addition to the numerous reporting and disclosure obligations the plans already have for the federal Department of Labor.

ERISA’s broad preemption provision (preempting any state law that “relates to” an ERISA plan) has challenged the Court for decades. The Justices have decided dozens of cases applying that provision, and few would deny that it is challenging (at best) to reconcile those cases. Applying those cases, the Second Circuit in this case held Vermont’s statute preempted, pointing to the burden on the plans and the risk that forcing plans to comply with inconsistent information obligations of multiple state databases would be unduly burdensome.

As the case comes to the Court, petitioner Alfred Gobeille (the responsible Vermont official) presents a straightforward argument. The Court repeatedly has upheld statutes of general application that have only incidental burdens on ERISA plans. Indeed, in recent years the Court has even upheld statutes that extend general disclosure obligations to ERISA plans; one recent case (reversing the Second Circuit) upheld a New York tax on certain health-care procedures, which applied to ERISA and non-ERISA providers.

Gobeille argues that the burdens here are trivial – the claims administrator for respondent Liberty Mutual (Blue Cross/Blue Shield) already prepares the data that is required, because it provides that data for its non-ERISA operations in Vermont. For its part, Liberty Mutual emphasizes the possibility of byzantine conflicting disclosure obligations, with each of the fifty states requiring slightly different disclosures. The burdens of compliance in such a case could be daunting. Unfortunately for Liberty Mutual, though, the case was not presented to the district court as an “as applied” challenge. Rather, the insurer argued that the statute was preempted without regard to evidence of the actual burden. As a result, the record includes no information at all suggesting that the data collection is burdensome and quite a bit suggesting that it is not.

To my mind, the Court’s ERISA preemption cases are so murky that the Justices are left with little more than their unmoored sense as to whether it is a good idea to extend the state regulations to ERISA plans. For three reasons, I think Liberty Mutual faces a difficult task. First, as a doctrinal matter – something the Court could write in an opinion to explain the result – the purposes of the database are far from any of the core purposes of ERISA (ensuring safe investment of the funds of the plans, ensuring that employers operate the funds as fiduciaries for the benefit of the employers, and the like). Liberty Mutual can say that the statute’s interest in health care intrudes on the core purpose of ERISA health plans, but it is a bit much to suggest that ERISA should make federal courts instinctively skeptical of state efforts to regulate health care. On that point, Vermont provides a powerful presentation of a long historical tradition of data collection about health care, consistently supported (if not required) by the federal government.

Second, it is plain that the exclusion of ERISA plans from the database would undermine its quality in critical ways. All agree that the patients of non-ERISA providers are not representative of the population of patients. Thus, a database that excludes ERISA care would be systematically unrepresentative, directly weakening the quality of statistical inferences the database might support. An especially effective amicus brief from the American Hospital Association explores the importance of this kind of data in efforts to monitor, understand, and improve the efficiency of health care.

The most devastating problem, though, is the position of the United States. If the real question is – and I think it probably is – whether the Vermont process imposes an unjustified burden on ERISA plans, then the Department of Labor’s view that Vermont’s process is a good one should just about sound the death knell for Liberty Mutual. Among other things, the Solicitor’s General’s brief in support of Vermont fully supports the state’s contentions that the burdens of disclosure are trivial. The Solicitor General points out that Medicaid has chosen to provide data to the program. The briefs even point out that the federal government has provided a grant to support the development of the database. Whatever else Vermont’s statute does, it is in the view of the federal government plainly a good thing.

That is not to say that the Justices will find the case easy. All agree that the doctrinal framework is confused. The briefs debate the possibility (suggested in a number of recent concurring opinions) that the Court might jettison much of the existing ERISA preemption framework in favor of some form of “field preemption” analysis. It is fair to expect that the Justices will debate that problem with the counsel before them. But I don’t think any Justice will be inclined to say that, even if the database is a good idea, it just can’t be reconciled with ERISA, and so Congress should fix it if it’s such a good idea. The close policy relationship between this case and the Affordable Care Act makes the prospect of any congressional action remote at best. So, in the end, however involved the analytical debates might be, I find it hard to see Vermont ending up with a loss here.