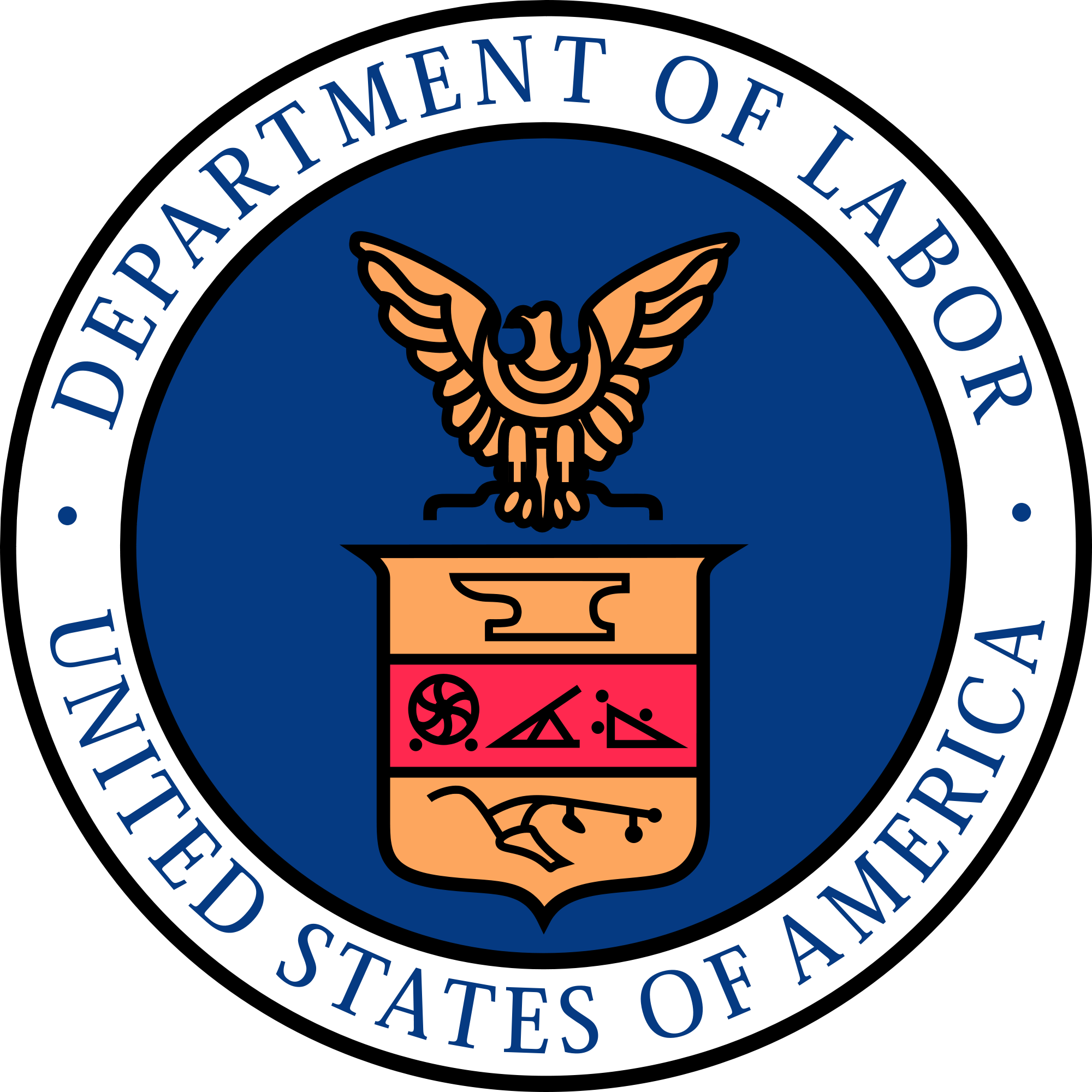 Montanile v Board of Trustees of the National Elevator Industry Health Benefit Plan presents a fact situation so pedestrian it is remarkable that the answer could be unclear: when someone with health insurance is injured in an automobile accident, does he have to reimburse the insurer for medical expenses covered by the plan if he later recovers from the other driver? That’s what happened here, and presumably thousands of times each year around the country. The petitioner, Robert Montanile, suffered serious injuries in an automobile accident in which the other driver was drunk. The respondent, the National Elevator Industry Health Benefit Plan, paid more than $100,000 of medical expenses. Montanile filed suit against the drunk driver, and the case eventually settled for $500,000. When the plan sought reimbursement, Montanile’s attorney refused. After several months of discussions, Montanile’s attorney disbursed the funds to Montanile, who promptly spent most if not all of the money.

At that point, the plan sued Montanile under the Employee Retirement Income Security Act to recover the costs of medical care related to Montanile’s accident. The underlying theory of the case, of course, is that the settlement compensated Montanile for those costs and that the plan’s payment of those costs in the first instance left it “subrogated” to Montanile’s rights against the plan. It is more or less common ground that the plan could have sued the lawyer to recover the funds. Strange as it may seem, the question is whether the disbursement to Montanile changes the result.

The problem comes from the structure of ERISA, which contains a detailed and intricate set of remedies (which the Court is prone to describe as “reticulated”), granting specific remedies to specified classes of actors, to be pursued only against specified classes of actors. Of relevance here, there is no general federal right for a plan to sue a participant for breach of the plan’s contractual provisions. The only remedy available to the plan is to seek “appropriate equitable relief.” The question, then, is whether the plan can characterize its suit to recover the litigation proceeds from Montanile as “appropriate equitable relief.”

To be sure, the plan has a lot of “equity” going for it: despite the best efforts of Montanile’s attorney, the unavoidable truth is that the plan paid for Montanile’s health care on the basis of a contemporaneous agreement that he would reimburse the plan if he recovered anything in litigation, that Montanile recovered more than enough money from the litigation to reimburse the plan, and that he spent the funds on other expenses. Against a backdrop of persistent concern about the solvency of ERISA plans, Montanile is unlikely to garner much sympathy from the Court.

What Montanile has, though, is a trilogy of Supreme Court decisions reading ERISA’s “equitable relief” provision quite narrowly. First, in its 1993 decision in Mertens v. Hewitt Associates, the Court held that equitable relief was limited to “those categories of relief that were typically available in equity (such as injunction, mandamus, and restitution, but not compensatory damages).” The second and third cases both involve facts almost identical to this case: suits by a plan seeking reimbursement for the costs of post-injury medical care. In the second case (its 2002 decision in Great-West Life & Annuity Insurance Co. v. Knudson), the Court explicitly rejected a plan’s attempt to sue the participant in that case for damages when she (like Montanile) had recovered the costs of medical care from a third party. In the third case, its 2006 decision in Sereboff v. Mid Atlantic Medical Services, the Court held that the plan could recover the funds when they remained identifiable in a specific investment account; it explained that the enforcement of an “equitable lien” against the funds was a traditional remedy at equity.

This case, then, requires the Court to specify the line between Great-West (which prohibits actions for damages) and Sereboff (which permits the enforcement of equitable liens). Montanile argues that Sereboff does not help the plan because there is no identifiable fund against which it can assert its lien; the plan presumably could have recovered the identified funds in the hands of Montanile’s lawyer. Montanile draws powerful support from Justice Antonin Scalia’s opinion for the Court in Great-West, which quotes directly from the Restatement of Restitution’s discussion of equitable liens to explain that:

[W]here “the property … or its proceeds have been dissipated so that no product remains, [the plan’s] claim is only that of a general creditor,” and the plaintiff “cannot enforce a constructive trust of or an equitable lien upon other property of the defendant.” Thus, for restitution to lie in equity, the action generally must seek not to impose personal liability on the defendant, but to restore to the plaintiff particular funds or property in the defendant’s possession.

Because the funds that Montanile received are no longer in his possession, that analysis supports a straightforward ruling in Montanile’s favor.

The plan argues, however, that the discussion does not apply to the special category of “equitable lien by agreement” that the Court approved in Sereboff – an equitable lien created by the terms of the ERISA plan. In that context, the only requirement is that the funds have come into Montanile’s possession at some point in time. Furthermore, responding to the point that Mertens categorically limits ERISA’s “equitable relief” provision to relief “typically” available in equity, the plan points to the capacity of a court in equity to grant a “deficiency judgment” whenever the proceeds of the property burdened by a lien are inadequate to defray the obligation. Applied here, the plan argues that it is entitled to a deficiency judgment to the extent that Montanile has dissipated the funds.

It is fair to say that my reaction to these arguments is influenced by my “day job” as a professor teaching courses in commercial finance, in which liens and their enforcement are a topic of daily import. Within that domain, the plan’s arguments seem insupportable: a “lien” is a relation between an asset and an obligation, which permits the creditor to take (or sell) the asset if the obligation goes unpaid. When the collateral is gone, the lien has no further import. The right to sue for damages is wholly different: a right to enforce an obligation indiscriminately against all of the defendant’s non-exempt assets, whatever they might be. Similarly, the “deficiency” judgment has no place in a case, like this one, with no collateral. Accordingly, I find Montanile’s presentation transparently correct: the plan’s suit against Montanile to recover its losses out of whatever assets he might have seems the paradigmatic “legal” remedy.

The Justices, of course, will come to the case with a different experience of “liens” and “deficiency judgments” than I do. So I have to accept the possibility that they will find merit in the plan’s (highly skillful) presentation. Another wild card is the issue in Luis v. United States, a forfeiture case being argued the day after this case. At a high level of generality, the issue in Luis is whether the administration’s forfeiture power – which grants it an involuntary lien on the proceeds of racketeering – is sufficiently broad enough to justify freezing all of the defendant’s funds (tainted and untainted) to prevent the use of them to pay her attorneys.

Whatever the Justices bring to the case in their conception of “liens,” they presumably will regard the case as weighing the significance of Montanile’s plainly maleficent behavior against the statutory language that the Court has interpreted so narrowly. Skeptics might expect Montanile’s “unclean hands” to carry the day for the plan; purists might expect the Court to follow its precedents. One very real possibility is that the appearance of the Solicitor General on Montanile’s behalf will carry significant weight: if the government discounts the risks to plan solvency of a decision in Montanile’s favor, and if the Solicitor of Labor (who signed the government’s brief) can stomach Montanile’s behavior, then the Justices might find it much easier to follow the lead of Great-West and Sereboff and rule for Montanile.