Julie Goldscheid is a Professor at CUNY School of Law. 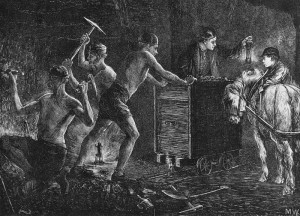 On January 13, the Supreme Court is scheduled to hear arguments in Mach Mining, L.L.C. v. Equal Employment Opportunity Commission. The case calls on the Court to consider whether courts can enforce the EEOC’s statutory obligation to try to negotiate an end to an employer’s unlawful employment practices before suing for a judicial remedy. It should resolve a split in the lower courts about whether an employer can move to dismiss a suit on the basis that the EEOC failed to engage in good-faith conciliation before filing suit. It will be closely watched by those concerned with remedies for workplace discrimination and access to the courts, as well as businesses concerned with whether the EEOC has been overly aggressive in instituting litigation.

The facts and statutory background

The case stems from a complaint filed with the EEOC by a woman who unsuccessfully applied for a mining position with the petitioner, Mach Mining. She claimed that the company, which had never hired a woman for a mining position, had refused to hire her because of her gender. The EEOC, pursuant to its statutory mandate, investigated the charge, and determined that there was reasonable cause to believe the company had discriminated against a class of women who had applied for mining-related jobs. The Commission notified the company of its intent to begin informal conciliation. What occurred in the intervening year is not part of the record, but the parties did not reach an agreement. After notifying Mach Mining that it had determined that the conciliation process had failed and that further discussions would be futile, the EEOC filed a complaint in the district court. Mach Mining’s answer denied unlawful discrimination and asserted a number of affirmative defenses, including the issue now before the Court – that the suit should be dismissed because the EEOC failed to conciliate in good faith.

The case turns on the interpretation of Title VII’s statutory scheme. Title VII authorizes charges of discrimination to be filed by or on behalf of a person who is a member of a protected class, who alleges an “unlawful employment practice.” The statute spells out detailed enforcement procedures directing the EEOC to investigate, and to file and litigate claims in court, in the event the EEOC concludes that there is “reasonable cause” to believe that the charge of discrimination is true. Before filing suit, however, Title VII requires the EEOC to “endeavor to eliminate” alleged unlawful employment practices by “informal methods of conference, conciliation, and persuasion.” It may only file suit if it “has been unable to secure . . . a conciliation agreement acceptable to the Commission.”

The parties in this case spent nearly two years litigating whether the EEOC’s alleged failure to conciliate in good faith was a sufficient ground for dismissing the case. Following discovery and accompanying disputes about the scope and significance of the EEOC’s investigation and conciliation efforts, the EEOC moved for summary judgment on the legal question whether the alleged failure to conciliate is an affirmative defense to its suit. The district court denied the motion but certified the question for interlocutory review. The U.S. Court of Appeals for the Seventh Circuit reversed. It rejected the company’s defense notwithstanding its recognition that its decision marked the first circuit squarely to do so. Notably, other circuits have adopted differing approaches to reviewing the sufficiency of conciliation efforts, with some circuits (the Second, Fifth, and Eleventh) undertaking a three-part inquiry into the sufficiency of the process, and others (the Fourth, Sixth, and Tenth), requiring instead that the EEOC’s efforts meet a minimal level of good faith.

Mach Mining filed a petition for certiorari, which the EEOC did not oppose. The Court granted review in June 2014.

Mach Mining’s argument draws on Title VII’s statutory language, its legislative history and statutory scheme, as well as policy, to support its arguments that the EEOC’s obligation to conciliate should be subject to judicial review. In Mach Mining’s view, the statutory language creates a mandatory condition precedent to litigation. Its briefs invoke Title VII’s legislative history. Originally, the EEOC’s only enforcement authority was the ability to engage in conciliation; cooperation and voluntary compliance remained the preferred means for achieving the goal of equal employment opportunity even after the statute was amended to authorize the EEOC to bring suit. Mach Mining further argues that preconditions to suit such as the conciliation requirement are presumptively enforceable absent clear congressional intent to the contrary, and that no such congressional intent is evident here.

Mach Mining critiques arguments that Title VII’s confidentiality provision, which prohibits anything said or done during conciliation to be made public or used as evidence in a subsequent proceeding absent written consent, precludes review. In its view, disputes over the sufficiency of the conciliation process can be resolved while preserving confidentiality, for example, by placing the relevant evidence under seal. Mach Mining points to other contexts in which courts and other adjudicative bodies have reviewed conciliation obligations, including the National Labor Relations Act’s requirements that employers bargain in good faith.   Mach Mining sets out a number of principles that, it suggests, could provide a basis for objective review of the sufficiency of the EEOC’s conciliation efforts.

Several amicus briefs support Mach Mining’s position. Many of the arguments focus on the role of settlement in litigation, and they address underlying disputes about whether settlements are sought in good faith or are instead coercive in nature. The Retail Litigation Center, joined by the Chamber of Commerce and others, argues that employers have substantial incentives to settle even arguably meritorious discrimination claims informally, and that those interests are best advanced by allowing judicial review of the conciliation process. Similarly, the Equal Employment Advisory Council and the Society for Human Resource Management argue that judicial review of conciliation is key to ensuring that Title VII’s purposes are realized, given the importance of sound settlement practices. The American Insurance Association also underscores employers’ interests in settlement.

The EEOC’s briefs draw opposite conclusions from the same statutory language, history, and context. In its view, the statute’s plain language did not specify any particular process for agency conciliation and left the adequacy of the conciliation process to the agency’s discretion. Moreover, Title VII’s confidentiality provision inherently precludes judicial review of what transpired during the negotiations. In the EEOC’s view, analogous statutory schemes also preclude review. For example, the EEOC’s informal conciliation process would not be reviewable under principles established under the Administrative Procedure Act (APA). Moreover, it argues that judicial review of the adequacy of conciliation efforts would undermine effective enforcement efforts because, if employers believe that litigation is likely, they would have an incentive to treat every communication during conciliation as a potential exhibit in a dispute over the adequacy of conciliation. Judicial review also would chill full and frank settlement discussions. If the Court were to endorse judicial review of conciliation, employers would have incentives to raise inadequate conciliation argument defenses as a matter of course. Those arguments would burden the courts with mini-trials on this collateral issue, and would delay, and sometimes avoid, adjudications on the merits. In its view, the array of standards adopted by the various courts of appeals demonstrates how review is “unworkable and unwise.” Moreover, the prospect of dismissing cases on their merits based on a finding that the agency failed adequately to attempt to settle constitutes a disproportionately harsh remedy that runs counter to the statutory goal of workplace equality.

A number of amicus briefs support the EEOC’s position. The Impact Fund, joined by the National Employment Lawyers Association and others, highlights the perspective of victims of workplace discrimination and argues that substantive review of conciliation efforts would exacerbate their harm. A brief filed by women’s rights organizations and individuals argues that women in non-traditional jobs, such as those who filed the underlying claim, would be particularly harmed by judicial review, given that it invariably would lead to additional delays. Finally, a brief filed by Arizona, Hawaii, Illinois, and Washington urge the Court to reject review because such a bright-line rule would best advance the statutory purpose of eradicating discrimination.

The significance of the case

This case raises important questions about access to judicial review in discrimination cases. It highlights the sharply divided views held by employers and workers regarding the role of employment discrimination litigation in advancing workplace equality. Employers’ groups have warned that upholding the Seventh Circuit’s decision would render the EEOC virtually immune from review and would facilitate coercive settlement practices. In their view, the EEOC can demand unrealistic sums in settlement under the threat of filing suit and announcing it in a media release. By contrast, workers’ groups emphasize their concern that endorsing judicial review will exacerbate delays and will impose an additional and unwarranted barrier to suit, compounding recent decisions, for example, heightening pleading standards. This case and the recently argued case of Young v. United Parcel Service, which involved the Pregnancy Discrimination Act, call on the Court to interpret statutory anti-discrimination provisions. Both will further illuminate the Court’s view of the reach and role of anti-discrimination laws.

[Disclosure: Goldstein & Russell, P.C., whose attorneys contribute to this blog in various capacities, is among the counsel to the petitioner in this case. The author of this post, however, is not affiliated with the law firm.]