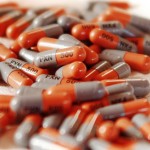 The smoke finally cleared last Monday in Mutual Pharmaceutical Co. v. Bartlett, and the message is that the Justices saw this case as essentially a replay of last year’s decision in PLIVA, Inc. v. Mensing: All five of the Justices in the PLIVA majority held for the manufacturer here, and the four PLIVA dissenters would have held for the plaintiff.

Bartlett is the third case in the last five Terms on the question of FDA pre-emption of state torts related to pharmaceutical labels.  First, in 2009 in Wyeth v. Levine, the Court held that a failure-to-warn claim related to a branded pharmaceutical was not pre-empted.  Last year, the Court held in PLIVA, Inc. v. Mensing that a negligence claim for failure to warn by a generic manufacturer was pre-empted.  The distinction on which those cases turn was the freedom to make changes to the product’s label: available under federal law to the branded manufacturer in Wyeth, but denied to the generic manufacturer in PLIVA.  Because federal law denied the generic manufacturer in PLIVA discretion to use a different label, the Court could not tolerate a state-tort action premised on the poor quality of that label.

This case arose when the First Circuit upheld a strict-liability verdict premised on the finding that a generic version of sulindac was unreasonably dangerous.  All agree that the injuries suffered by respondent Karen Bartlett, who was the plaintiff below, were horrific — burns over most of her body associated with Stevens-Johnson Syndrome and toxic epidermal necrolysis (“SJS/TEN”). All agree that the condition is a recognized, though rare, side effect of administration of sulindac.  And all agree that at the time the plaintiff consumed the pharmaceutical, the generic product and label conformed to FDA standards requiring that it be substantially similar to the branded product and its label.

As the case came to the Court, the issue was whether it mattered that the verdict here was based on a “defective design” claim instead of a “failure-to-warn” claim. Counsel for Bartlett (Court veteran David Frederick) ably contended that this case was different because it was a matter of strict liability.  Because the recovery here did not depend on negligence, he argued, it should be regarded more as cost-shifting than conduct-altering.

As the argument suggested, the Justices in the PLIVA majority were having none of this.  Justice Alito, writing for the majority, honed in on the main point Mutual Pharmaceutical’s counsel Jay Lefkowitz emphasized at argument – that the New Hampshire tort depends on a finding that the product is “unreasonably” dangerous.  Because the tort turned on “unreasonable” danger, it involved an assessment of the product’s quality, not simply a shifting of the risks associated with the product.  In the Court’s view, there were only three bases for assessing liability under the New Hampshire standard: that the product was not sufficiently beneficial to patients, that it was excessively dangerous, or that the warning was inadequate.  Because the Court held in PLIVA that the generic manufacturer had no discretion to change any of those three product attributes, the Court held the claim pre-empted. Justice Alito buttressed that point by emphasizing the actual proof at trial – which pointedly criticized the FDA-specified label.

Presumably the most important jurisprudential impact of the case will be on the “impossibility” doctrine of pre-emption.  Bartlett had argued that it was not “impossible” for the manufacturer to comply with both state and federal law – it could simply stop selling the product in New Hampshire.  The Court firmly rejected Bartlett’s argument, stating that prior cases “presume” that the actor “is not required to cease acting altogether in order to avoid liability.”  In the Court’s view, a narrower reading would render the impossibility pre-emption doctrine “all but meaningless.” As Justice Breyer emphasized in his concurrence, it certainly would have been reasonable under prior cases to reach the opposite conclusion on that point. [The defendant apparently emphasized impossibility pre-emption rather than obstacle pre-emption because Justice Thomas (a vote necessary to a victory) has so firmly stated that he does not accept the propriety of obstacle pre-emption.]

PLAIN LANGUAGE SUMMARY: Companies that make generic drugs have to sell the same product and use the same label as the original “branded” drug approved by the federal Food and Drug Administration.  The issue in this case is whether someone who is injured by the side effects of a generic drug can sue the manufacturer on the ground that that the generic drug, taking account of its label, is unreasonably dangerous.  In this case, the label in question did not mention the side effect that caused the injury (which took the form of third-degree burns on much of the plaintiff’s body).  The answer is that the plaintiff cannot sue the manufacturer.  Because the FDA has approved the product and the label, the state court cannot impose damages for harm from using the product.