On aliens, Arizona may win — for now

States and cities may gain added power to take some steps to control the lives of illegal aliens, if the hints that emerged in a Supreme Court hearing Wednesday shape the Justices’ final reaction to an Arizona law.Â  But that added authority might well rest on a thin reed: a 4-4 split among the Justices that would not control the next time such an alien control law came before the Court.Â  Those prospects loomed as the Court spent an hour examining U.S. C hamber of Commerce v. Whiting (09-115), but without Justice Elena Kagan on the bench. 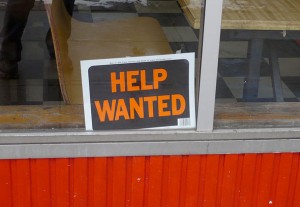 From questions and comments, it appeared that only one of the eight Justices was a bit uncertain about how to react to the Arizona law — Anthony M. Kennedy.Â  What Kennedy said overall, though, seemed to suggest that he was more skeptical than not of the law’s validity.Â  From what others said, however, Arizona may well win, one way or another.

Were Kennedy to vote to uphold the law, despite apparent reservations, the result probably would be a 5-3 win for Arizona.Â  But if he voted to strike down the law, there seemed likely to be only three other votes to go with his, making the vote 4-4 — but Arizona still would win, because such a split vote would summarily affirm a Ninth Circuit Court decision that upheld the state’s worker control law.Â  Evenly divided results, however, do not set a precedent beyond the individual case, so the result in the future, if all nine Justices took part, might well come out differently: Justice Kagan’s vote could be the swing vote.Â  And other test cases are on the way — including one involving an even broader Arizona anti-immigration law, and a set of alien restrictions adopted by the local government in Hazleton, Pa.

Justice Antonin Scalia on Wednesday was the fervent champion of states’ authority, in the wake of what he perceived as a failure of the federal government to keep illegal aliens out of the country, to adopt their own policies that at least seek to make sure that those without immigration papers cannot get jobs.Â  What Scalia found in federal law that would allow that was a provision in which Congress, while taking over much of the field of worker verification, told states that they still had a role to play.

“It comes down to the licensing issue,” Scalia said early in the argument.Â  In 1986, when Congress passed a broad new immigration law, and for the first time assigned itself a primary role in controlling aliens’ employment, it barred the states from several specific actions, such as fining or criminally prosecuting companies that hired illegal aliens. But then it left an opening: the states, it said, may take action “through licensing and similar laws.”

Much of the argument on Arizona’s law focused on just what Congress had in mind in that phrase.Â  Scalia, joined by Chief Justice John G. Roberts, Jr., and Justice Samuel A. Alito, Jr., read that exception quite broadly, leaving little doubt that they felt Arizona was right in arguing that its law fits within the opening.Â  Quoting Arizonans, Scalia said: “That is the only option the government left us.” It seemed unlikely that, in the final voting, those three would be unable to attract the support of Justice Clarence Thomas, though he said nothing during the argument; he tends strongly to favor states’ rights.

Scalia engaged in tough questioning of both Carter G. Phillips, a Washington lawyer for businesses and others challenging the law, and Acting Solicitor General Neal K. Katyal, making the federal government’s argument against the law.Â  But Scalia also grew agitated when the state’s lawyer, Arizona Solicitor General Mary R. O’Grady, seemed to be making a slight concessionÂ  that Arizona’s law in some way might go too far.Â  “Why are you conceding that Arizona can’t go a whit beyond” what the federal regulation do? he demanded.

Justices Stephen G. Breyer and Ruth Bader Ginsburg left little doubt that they were on the other side.Â  Justice Sonia Sotomayor, while showing some signs that she might need to be further convinced, appeared on the way to voting against the power that Arizona and other jurisdictions have claimed.

Congress, Justice Breyer said, had taken “an absolutely balanced” approach, trying to assure that illegal aliens don’t get jobs, but also trying to assureÂ  that business in their hiring do not discriminate against job-seekers simply because they may have come from Mexico or had a Hispanic accent.Â  The first goal, the Justice said, was done by imposing some actions on employers who hired illegal immigrants, and the second was achieved by avoiding such severe sanctions on businesses that, to avoid heavy penalties, they would discriminate racially or ethnically.

“How do you reconcileÂ  that with Arizona’s law?” Breyer asked the state’s lawyer.Â  If a business in Arizona discriminates in hiring, nothing will happen to it, “You’re home free,” Breyer said.Â  But if it hired an illegal alien, “your business is dead” (because Arizona’s ultimate punishment for an illegal hire is taking away a business’s license to operate at all).

Justice Kennedy, who early in the argument said he could not find any limit on the kind of licensing law that Congress had left states free to enforce against illegal aliens’ hiring, over the course of the hearing revealed he had real doubts about Arizona’s approach, compared to what Congress had in mind for them.Â  He made it clear he agreed with what Justice Ginsburg described as “an anomaly” — that is, Arizona is forbidden to impose a fine for hiring an illegal alien, but can revoke a license to do business.Â  Kennedy, asked rhetorically: “Why would Congress want to do that?”

When the topic turned to the part of Arizona law that makes it mandatory for employers in the state to use a federally devised electronic database for determining who is an illegal alien, even though federal law says that is a voluntary method, Kennedy remarked to the state’s lawyer: “You’re making it mandatory.Â  That is almost a classic example of doing something inconsistent with the federal requirement.”

Cases: Chamber of Commerce of the United States v. Whiting